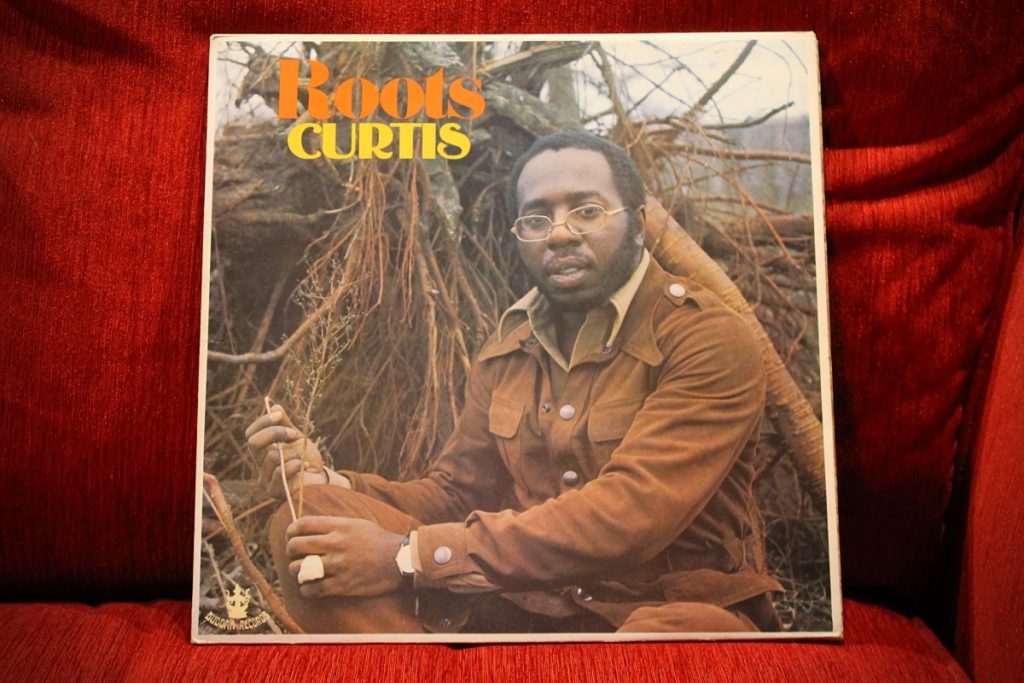 Music today is Curtis Mayfield’s second studio album, Roots, released in 1971. One of the great Soul Funk albums along with his debut and on through his seventies albums, the Super Fly soundtrack and the anti-war concept album Back To The World (Curtis/Live! was also released in 1971 before Roots). His sweet soulful voice, anti-drug, peace and love message was a new black social conscience, a world also inhabited by the boy genius Stevie wonder. Sly Stone might have been in this world, too, if he hadn’t spiralled out of control with his drug use.

His song Move On Up from his debut might be his best-known song but all his albums are full of soulful classics and once you have investigated his solo career there’s his previous band The Impressions to look into. Curtis died on Boxing Day 1999 at the age of 57 from complications of diabetes. In 1990 he suffered a tragic accident when a lighting rig fell on him at a concert stage in Flatbush, Brooklyn. He was paralysed from the neck down. In 1996 he released the album New World Order which he sang whilst lying on his back. He was a civil rights activist, a lover and a fighter and is sorely missed.