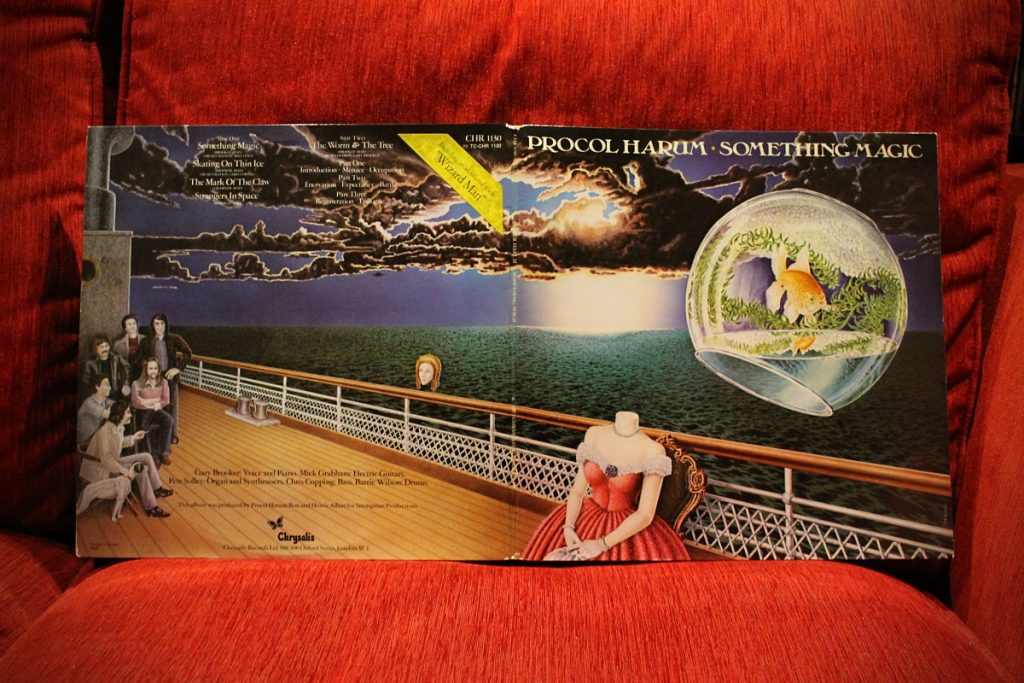 Music today comes from Procol Harum and the last album they made before they broke up before reforming 14 years later for Prodigal Stranger (1991). Something Magic (1977) was ambitious, orchestrated, and completely out of step with the oncoming thrust of Punk. But despite all this, it was something of a classic Progressive album, Side 2 has a narrative similar to The Moody Blues, an epic concept about a worm and a tree. It’s like listening to a macabre children’s story. If you are a progger you’ll love this, if you need to be convinced that Prog is worthy don’t start here.

Drummer BJ Wilson sadly didn’t make it to the reunion as he died (aged 43) in 1990. Long-time organist/bass player Chris Copping was also missing (he originally replaced Matthew Fisher who played on A Whiter Shade Of Pale) but Robin Trower who left Procol Harum long before Something Magic returned. The guitarist on Something Magic was Mick Grabham, Pete Solley played keys but conceptually the album was the brainchild of singer, pianist, composer Gary Brooker, and lyricist Keith Reid. If you’d like to investigate this band I suggest you start at the beginning and work your way through their 9 studio albums and one live album from 1967 – 1991. There are some great moments and I recommend that you find them, A Salty Dog for example is marvellous. I saw them live at The Bottom Line in New York in the nineties (Keith Reid was there), Gary Brooker was so good, his voice was great, don’t forget them because most of the world has.