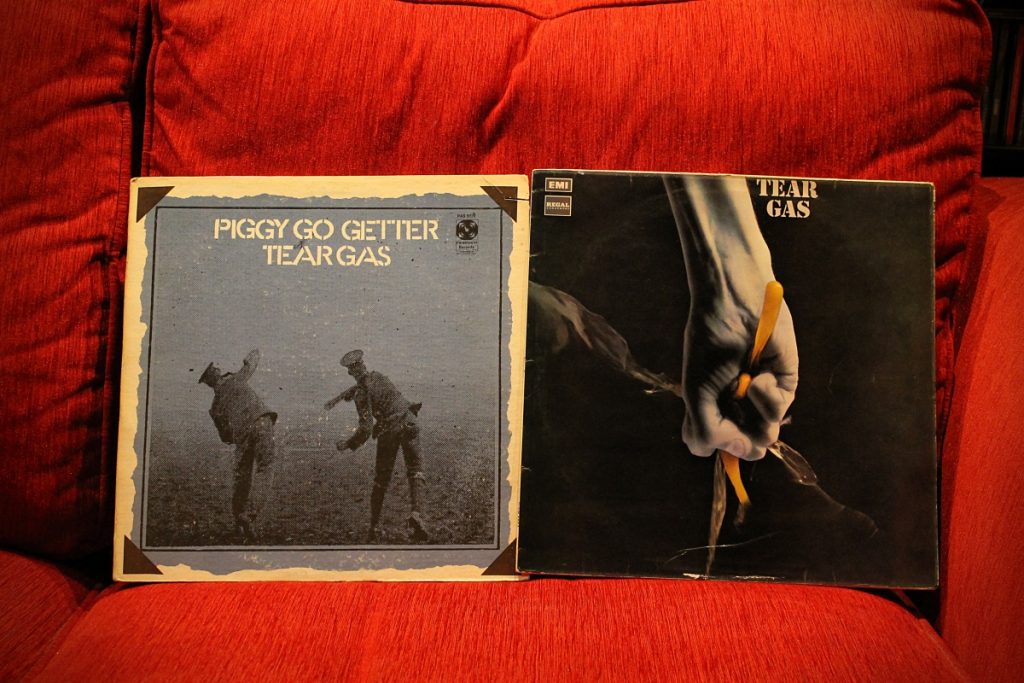 Music today comes from Scottish pre-Alex Harvey band Tear Gas after Nicklas from Anekdoten sent me a message today talking about Alex Harvey. They made two albums, Piggy Go Getter (1971) and self-titled (1971). Guitarist Zal Cleminson and bassist Chris Glen were on the first album and were later joined by Ted McKenna on drums and Hugh McKenna on keyboards. When Tear Gas fell apart, these four met up with Alex Harvey and formed The Sensational Alex Harvey Band. I saw them twice in Liverpool in the seventies.

Tear Gas were one of those Progressive Hard Rock bands with Davey Batchelor on vocals who later went into production. Pre Hugh McKenna, the keyboard player was Eddie Campbell and pre Ted McKenna (cousins by the way), the drummer was Wullie Munroe. Zal was a great guitar player and you can hear that on these two early albums in his career (after Alex died he joined Nazareth, keeping it Scottish). His real name was Alistair and he was allegedly called Zal after he worked in the Izal toilet roll factory.