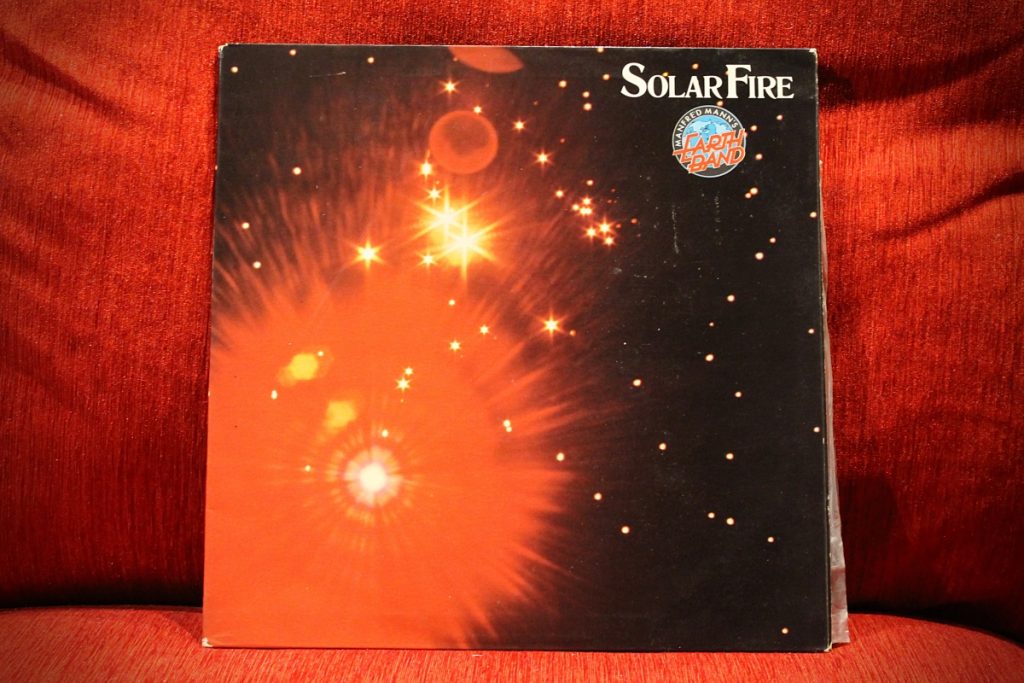 Music today has been Manfred Mann’s Earth Band, I’m not sure why, I just wanted to hear Father Of Day, Father Of Night (Dylan song) from Solar Fire (1973) and it just went on from there. That wonderful eerie beginning into the splash and then the organ and then the band comes in with that lilting Pink Floyd drum beat. Sung by Mick Rogers who also played guitar and was the lead singer on the previous three albums and the two albums post Solar Fire but somehow managed to leave before the band had a No. 1 US hit with Blinded By The Light sung by Chris Thompson.

On this album, Colin Pattenden played bass and Chris Slade played drums. Slade would later join AC/DC for a spell but was also in The Firm with Jimmy Page and Paul Rodgers, played with Gary Numan on I, Assassin and many more. Well-known session singers Irene and Doreen Chanter sang on the album. The band’s namesake Manfred Mann had been in the successful sixties Pop band that also bore his name and this was a major change of direction as the seventies arrived. In between with Manfred Mann’s Chapter Three he made two more jazzy albums. You can see how the band was popular in the seventies, the style fit perfectly. He seems like an unlikely character to be so successful despite the talent, you just never know where lady luck will smile.