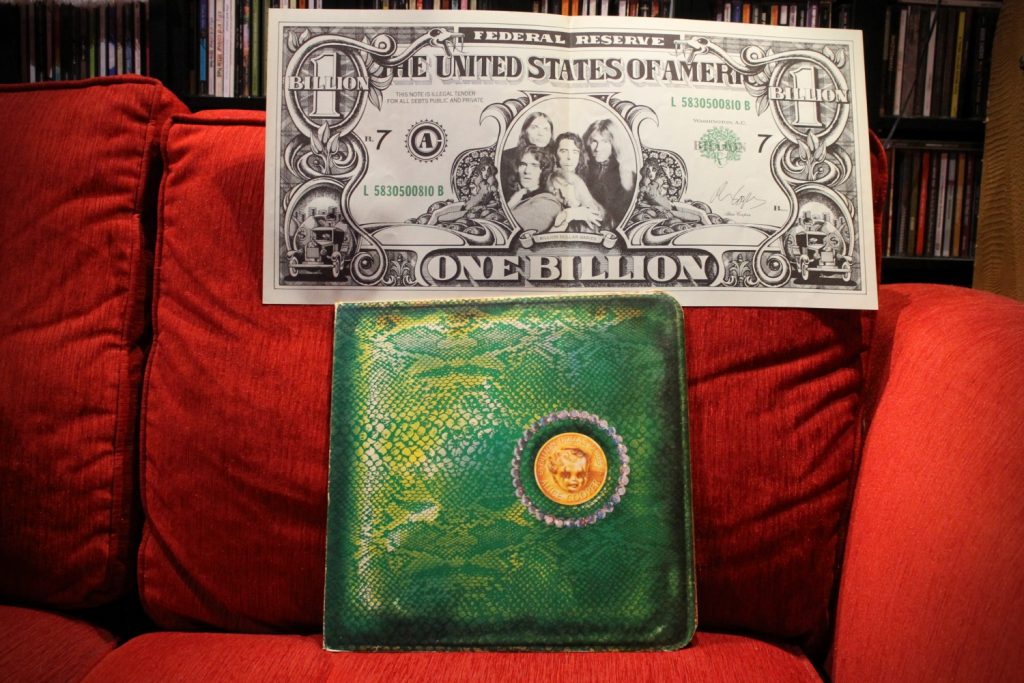 Music today came from Alice Cooper when he was still good and the Billion Dollar Babies album (1973). It was the album after the big success of School’s Out and followed the hits with more hits like Rolf Kemp’s Hello Hooray which reached No.6 in the UK chart (but who is Rolf Kemp?). The song was originally recorded by Judy Collins on her album Who Knows Where The Time Goes (1968). It’s also the album with Elected which reached No.4 on the UK charts. Alice Cooper nerds will know that this song is actually a reworked version of the song Reflected from their debut album Pretties For You (1969).

Then there’s the title track which however incredulous it may sound, is a duet with Donovan! They must have been golfing friends. The track and the album in general has lots of great guitars courtesy of Glen Buxton and Michael Bruce from the Alice Cooper group as well as Dick Wagner and Steve Hunter who would play with Alice Cooper on later albums. Marc Bolan is also on there somewhere. The album was No.1 in the UK and the USA. There was also another single hit, No More Nice Guy, No.10 in the UK. All these singles reached the Top 30 in America.

Along with Neal Smith on bass and Dennis Dunaway on drums, this was a great band with the best hair you have ever seen. There were so many great albums in the seventies: School’s Out, Killer, Love It To Death, Easy Action and Muscle Of Love. There’s some worthy albums too although they are without the original band: Welcome To My Nightmare, Alice Cooper Goes To Hell and later, From The Inside, co-written with Bernie Taupin.

Billion Dollar Babies was named as a surprise reaction to these crazy freaks getting successful and the album came with a removable Billion Dollar Bill. If you wanted to scare your grandma, this was the band to do it, they made Sex Pistols look like The Carpenters. The last track on the album was a paean to necrophilia called I Love The Dead. Hey Mum and Dad, I know what I want for Christmas.