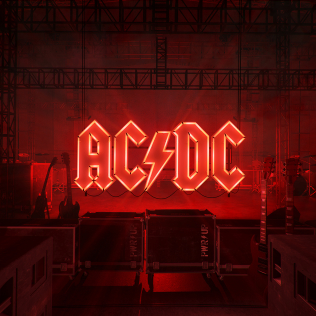 Music today was me attempting AC/DC’s new album Power Up (2020), but really, most of the songs are the same tempo, it’s so formulaic and that old spirit most certainly left them a long time ago. All the songs are credited to Malcolm and Angus though so they are looking back but does it mean no Malcolm no songs at all? Despite how they are perceived as a good old down to business R ‘n’ R band, in the early days they were also extremely creative, that’s missing and fun without creativity just isn’t as good. You need a creative way to recycle the same ideas and they haven’t done that for a very long time. You can get a lot of great songs out of the same chords, look at Twist And Shout, Wild Thing and Louie Louie! Look at Rebel Rebel and Blockbuster! And now it’s not just Bon but also Malcolm is missing despite the return of Phil Rudd, Cliff and Brian with nephew Stevie and Angus, really for me I haven’t found anything in them since Back In Black, that’s a long time to wait and I keep on trying but it’s the same with The Stones, what happens? I guess success smooths the corners. In the wake of McCartney’s new album I watched an interview where he said he doesn’t really know what kind of song he’s going to write, you might not like anything by him but at least the songs are kinda different from each other, with AC/DC nearly every song seems to be a rewrite of the song before it, chords, style, tempo, the one-trick pony syndrome. I also listened to the White Album today and into the Esher Demos – there was a time when variation, being eclectic, was the goal, or perhaps freedom to write anything, any style – as long as it was good. But what is good? Who knows. Power Up went to No.1 in 21 countries and if they tour again they will sell out stadiums in every country in the world. In their world, they’re happy, the fans are happy, everyone’s happy.

More about The White Album

I was actually looking for the Anthology version of Sexy Sadie, it’s so great, see if you can find it.