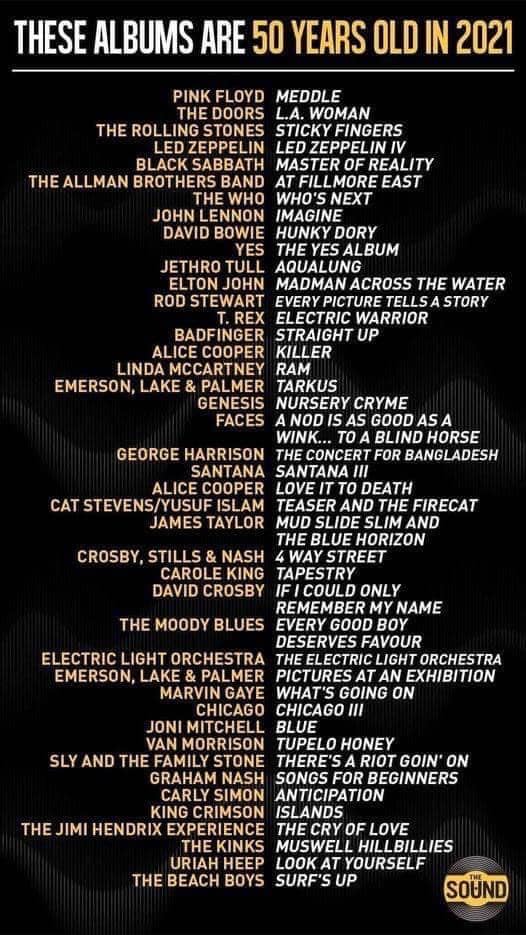 Music today has been a Spotify playlist, one of those Made For You lists. I liked it, it was 21st century King Crimson, seventies Rory Gallagher, seventies ELP, sixties Kinks, sixties Bee Gees, sixties Pink Floyd and more.

What usually happens when I listen to compilations is that something comes up that I want to hear more than everything else but not today, I was happy just to let it roll. So with that in mind today I’m going to forward the list that my mate Boydy sent me the other day of 43 albums that are 50 years old. So it’s a compilation of albums all from 1971. As I went down the list I realised that I have every album. Boydy’s comment was, has there ever been a better year for music but I suppose there are 43 amazing albums every year, it’s just how old you are that gauges how much you love them. Having said that, I love this list.

Alice channelling Don Mclean and Wonder Woman with Glen Buxton (died 1997) and Michael Bruce on guitars, Dennis Dunaway on bass and Neal Smith on drums.
From the 1971 album Love It To Death.