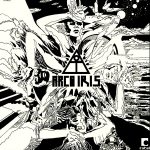 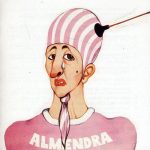 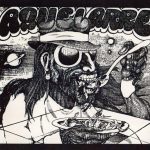 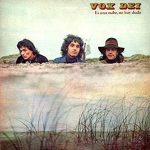 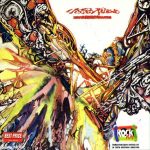 Music today has been firmly in Argentina. The Argentinian Rock scene of the late sixties and early seventies is really something and so tonight I listened to four albums; by Arco Iris (Los Elementales, 1977), a later album (their sixth) after they developed into a jazzier incarnation – they eventually moved to live in California. Almendra’s Progressive debut (1970) is a very famous album in Argentina and Aquelarre’s debut (1971) was formed out of the ashes of Almendra; Vox Dei, their fifth album Es Una Nube, No Hay Duda (It Is A Cloud, There Is No Doubt, 1973), a power trio and well worthy of your ears if you like Cream and Rory, Hendrix and any Rock band that has this line-up. So what do the band names mean? Arco Iris is ‘rainbow’, Almendra is ‘almond’, Aquelarre is ‘coven’ and Vox Dei is ‘God’s voice’. There’s a lot of great Rock music in Argentina and anything that Almendra’s Luis Alberto Spinetta was involved in is worth hearing. His next band was Pescado Rabioso (Rabid Fish), the debut Desatormentándonos (Disarming Us) was released in 1972. He sadly died from cancer at the age of 62 but if you click on his link you will see just by pure volume of material how influential he was to the Argentinian scene (it’s in Spanish). Eminem sampled his band after Almendra, Pescado Rabioso, on his latest album, Music To Be Murdered By.