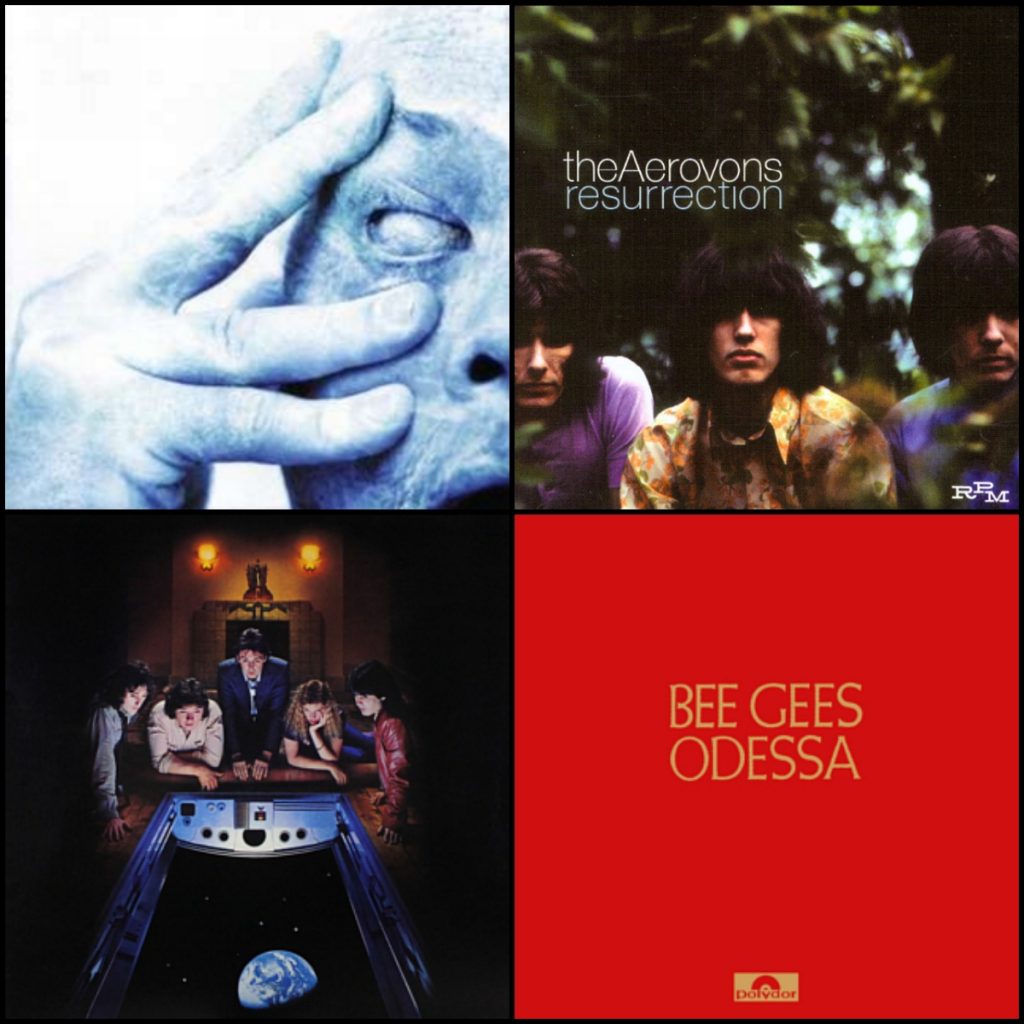 Music today has been a mixture of things in different circumstances. Over dinner, we listened to The Beatles’ A Hard Days Night (1964). Olivia was about to tell me something when And I Love Her came on and she stopped, too beautiful. Earlier in the day I tested the Bose speakers with something with some bass in it and picked Porcupine Tree’s Blackest Eyes from In Absentia (2002) that led to a Steven Wilson live album Get All You Deserve from 2012, supporting his first two solo albums Insurgentes (2008) and Grace For Drowning (2011). After dinner, I came back into the front room, sat down at the computer, and listened to The Aerovons‘ 1969 album Resurrection. The group split up before the album was released and a classic remained in the vault till 2003 despite it being engineered by Beatles’ engineers Norman Smith, Geoff Emerick, Phil McDonald, and Alan Parsons. It’s a must listen and I’ve talked about it before, you must listen to the title track and tell me which famous song came after it that may just have been its source? Stuck in Beatles mode I looked at my iPod again and thought, McCartney and Wings‘ Back To The Egg (1979), now there’s an album I haven’t heard for a long time. As usual with McCartney, some songs you wonder what he was thinking and others effortless melodic examples of his talents as a writer and a singer.