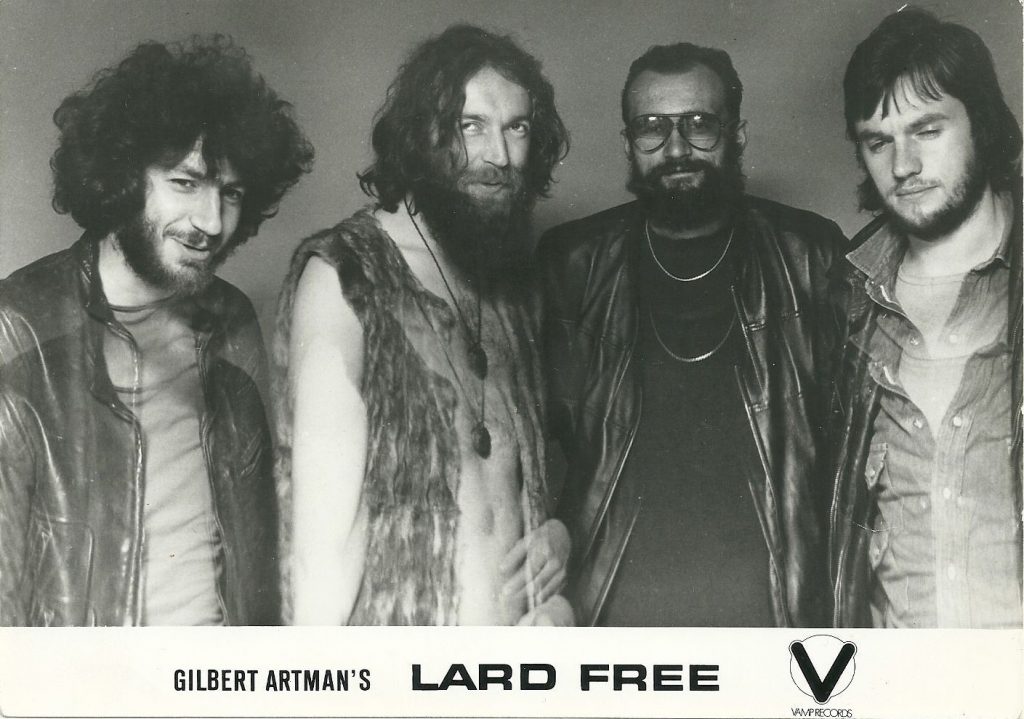 Music today has a curious twist on old sounds and sounds ‘out there’ 48 years later. You probably are not aware of Lard Free – French, experimental, electro, jazz, progressive lunatics from space (French space). (Thanks to Reid who turned me on to them.) They make The Birthday Party sound like The Carpenters although there are no vocals and honestly there may be some Carpenter-like piano flourishes here and there in between razor guitars, searing sax, and incessant beats, sound effects, and general musical wailing.

They were together 1973-1977 and made three albums, the first, Gilbert Artman’s Lard Free (1973) followed by I’m Around About Midnight (1975) and III (1977) and then there’s Lard Free Unnamed recorded in Paris in 1971 and 1972. The original consolidated lineup was Gilbert Artman on drums, François Mativet on guitar, Jean-Jacques Miette on bass, Dominique Triloff on organ, and Philippe Bolliet on sax and flute but for the first album Triloff was gone and Miette was replaced by Hervé Eyhani not just on bass but also on ARP synth. By the second album, Mativet who formed the group, was gone and the band continued with floating lineups, see the interview with him below. Anyway, it’s crazy music, brilliant – if you like this kind of thing.