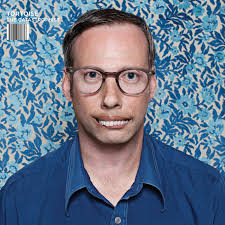 Music today was the last Tortoise album, The Catastrophist (2016). Oddly on Spotify, it had Rock On (Todd Rittman on vocals), yes the David Essex song, greyed out. I went to YouTube, listened to it there and when I went back to Spotify, it had disappeared. What’s that all about? It was a pretty awful version anyway, completely out of context. I also listened to bits of all the other versions, the original David Essex version from 1973, the Michael Damian version from 1989, and the Def Leppard Version from 2006. I only listened up to the first verse but apparently, there are lots of versions – not including Love In Motion by Icehouse.

One review said this:

Depending on your musical tastes, you’ll find The Catastrophist to be either an excellent 9-track album or a so-so 11-track one. The 2 vocal-led songs sit rather uncomfortably amongst the (frequently stunning) instrumental tracks – though Georgia Hubley’s performance is growing on me. However, the Todd Rittman-fronted cover of David Essex’s peerless “Rock On” sounds like a particularly awful B-side reject and is v. poor indeed.

Tortoise are always a fascinating listen but the singing concept is weird, Yonder Blue with vocals by Yo Lo Tengo’s Georgia Hubley, it’s unnecessary, distracting from what they are good at, nothing against the singers I just don’t want butter on my fries. Fascinating as they are, I’m not sure about this record but having said that if I’d never heard anything else they did I’d probably love it. So just to check, I played it again. Great post-rock, inventive, super cool – if you like this kind of thing.