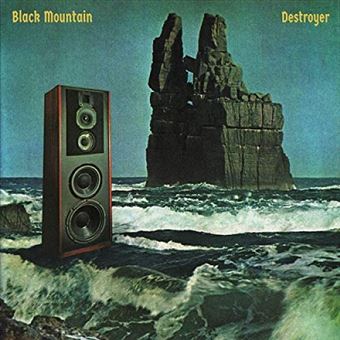 I listened to The Pretty Reckless today, I’ll report back on them when I’ve had more time to check them out, but they’re a straight-ahead banging rock band fronted by ex-actress Taylor Momsen who really is a great rock singer. But I moved on to Black Mountain because I’ve heard them a lot and can’t quite make sense of them. They are Canadian, they are tagged as psychedelic but they are also riffy in a heavy rock kind of a way. Sometimes they sound like Hawkwind, other times indie, other times arty. They have a girl and a guy singing, sometimes separately, sometimes together. They have odd timings and normal timings. You can read all about them on Wikipedia but frankly, it doesn’t tell me much, Stephen McBean seems to be the main man, singer-guitarist. This from their website:

I think you really have to go back and listen to early albums as well to get a feel for them. Check out their discography – if you like this kind of thing.