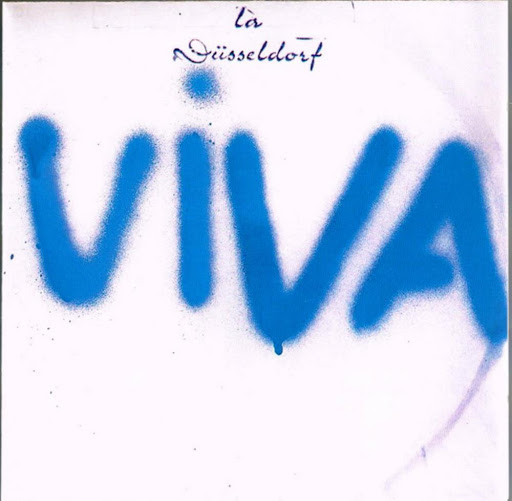 Music today has been a slightly mixed bag but not really. Starting with La Düsseldorf’s second album, Viva (1976). Who doesn’t dig Side 2 and Cha Cha 2000? The band featured ex-Neu! man Klaus Dinger of Motorik drumbeat fame. Although in La Düsseldorf he also sang, played guitar and keyboards. His brother Thomas played percussion and keyboards and sang and was with Klaus on Neu! ’75 as was drummer Hans Lampe. Harald Konietzko played the bass and Andreas Schell piano. Both the brothers are no longer with us.

After that, it was Van der Graaf Generator’s The Aerosol Grey Machine (1969) which I have on my iPod but doesn’t seem to be on Spotify. A progressive classic with Peter Hammill’s magnificent singing and vision. Hugh Banton on keys, Guy Evans on drums, and Keith Ellis on bass who later found himself in Juicy Lucy, briefly in Boxer with the late Ollie Halsall and Mike Patto, and a later incarnation of Iron Butterfly with whom he died whilst on tour in Germany in 1978. Oddly this album had a track called Giant Squid (replaced by Necromancer) although the title appeared on early versions of the cover art and reappeared as an extra track later – pure coincidence with yesterday’s blog.

Next was CAN’s Landed (1975) featuring the song Hunters and Collectors if you were ever wondering where they got their name. Followed by Soon Over Babaluma (1974). It was about then that I saw them in Liverpool at The Stadium – a lifelong fan ever since. In 2018 our friend Brigitte Handley from the Australian Goths The Dark Shadows and I went to the cemetery in Cologne where she lives (not the cemetery) and visited bassist and tape manipulator Holger Czukay and drummer Jaki Liebezeit’s graves who both died in 2017. Guitarist Michael Karoli died in 2001. Only keyboard player Irmin Schmidt is still with us.

You can see a video of our visit filmed by friend Mathias and Olivia if you go here: