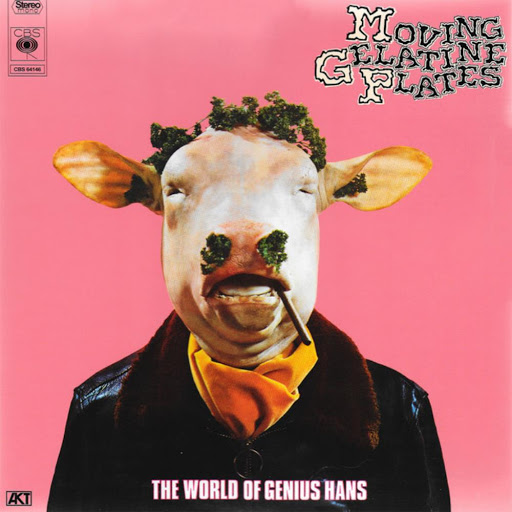 Music today was proggy because Matt was talking about Porcupine Tree and Moving Gelatine Plates – yes, there really is a band called Moving Gelatine Plates. So first I played Porcupine Tree’s Lightbulb Sun (2000), one of my favourite albums by them, mainly because it’s all about the songs and the prog aspect is just what style the songs are framed in. Then I played something more instrumental and jamming by them, Metanoia (1998). Then Matt had mentioned that Steven Wilson, the singer from Porcupine Tree, has a podcast with Tim Bowness from No-Man, a project they have together, and Matt told me they were talking about Moving Gelatine Plates. It’s hard to imagine that on a fine day in April 2021 that somebody could actually tell me about a prog band from the past that I’m really going to like but haven’t heard of. They are French and they made two albums in the seventies, self-titled (1971) and The World Of Genius Hans (1972), then in 1980 they released Moving followed by Removing in 2006. So far and as I write, I’ve only heard Removing but I found a reissue of the first album online in France and ordered it. So a new prog band and if I really like Removing, I’m sure I’m going to love the earlier albums, I’ll listen to the first one later, I hope you do too. It will be great if you like that kind of thing.