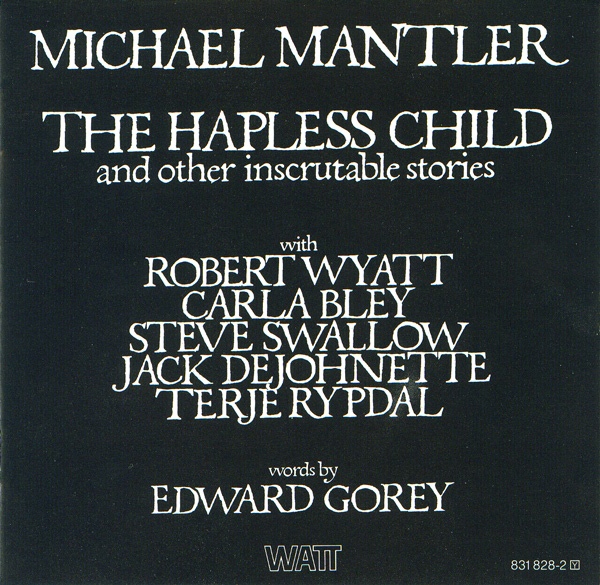 Music today has been varied and started with Bandstand (1972) by Family – from Leicester. An album I’ve had for many years, it spawned the hit single Burlesque (1972) that I bought when it came out and still own. For some reason that took me to The Incredible String Band and their odd brand of psychedelic hippie folk, The Hangman’s Beautiful Daughter. Next was one of my faves, Michael Mantler’s The Hapless Child (1976) with Robert Wyatt on vocals and Terje Rypdal on guitar with lyrics and illustrations by Edward Gorey. We asked Mantler to use a sample from this album for Noctorum’s Sparks Lane – he said no. A ridiculous change of pace followed and I listened to Boston’s debut album (1976). That took me to Gong and The Universe Also Collapses (2019) and Rejoice! I’m Dead (2016). Kavus Torabi, the new Gong leader, has a band with wait for it, snooker legend Steve Davis! The band The Utopia Strong have made four albums – believe it or not! Great if you like this kind of thing. (THE UTOPIA STRONG – INTERVIEW)