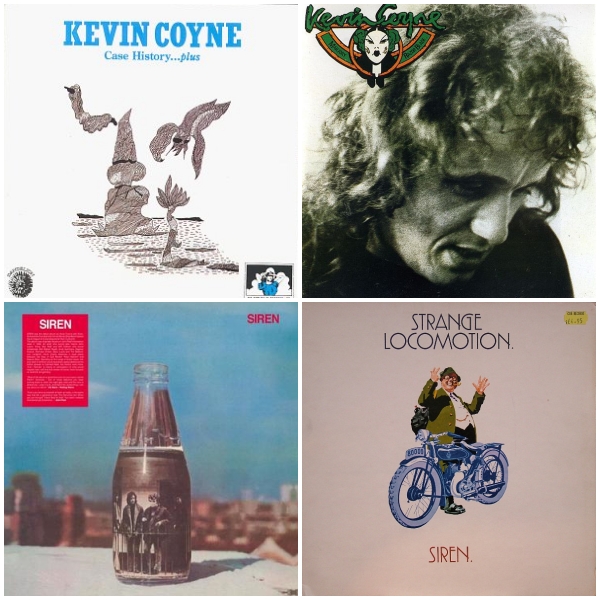 Music today comes from Kevin Coyne, his first two solo albums, Case History (1972) and Marjory Razorblade (1973) and his two prior releases with his band Siren, the debut (1969) and Strange Locomotion (1971). It’s hard to nail down what it is, first listen you’d say it’s blues, which is true but it’s imbued with such personality and originality that it makes you love it and him. The first album I owned was Marjory Razorblade which was released as a single and a double album. That’s the place to start I think and for some of you it won’t be your cup of eccentric blues-flavoured English tea, but for others, you’ll never look back. Also, check out his art.