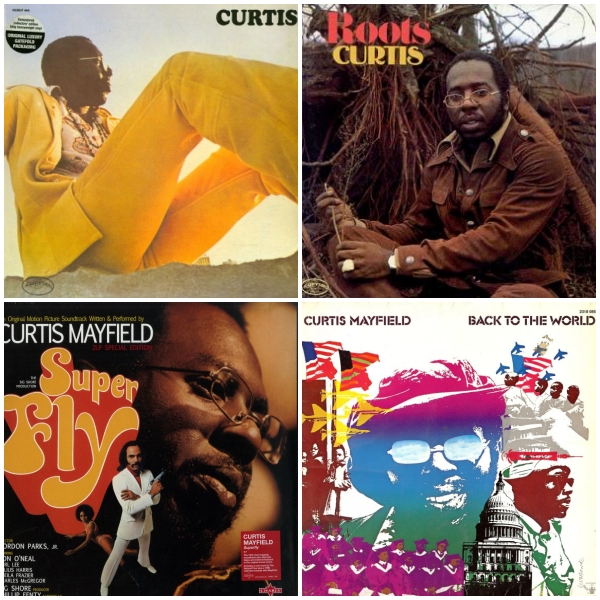 Music today has been the inimitable funky soul and social conscience of Curtis Mayfield after he left the doo-wop, soul and gospel of The Impressions. His sweet voice, catchy tunes, brilliant grooves and warm beating heart are a constant pleasure. His first four solo albums, the classic Curtis (1970), the timeless Move On Up, the classic soul of Roots (1971), the Blaxploitation movie Super Fly (1972) and the anti-Vietnam war album Back To The World (1973). Mayfield continued to make records into the seventies, eighties and nineties until in 1990 there was a terrible accident when a lighting rig fell on him leaving him paralysed. He made one more album after that, another great album, New World Order (1996). It was made in very difficult circumstances with him lying down to sing, sadly he could no longer play guitar. He died in 1999 aged 57.