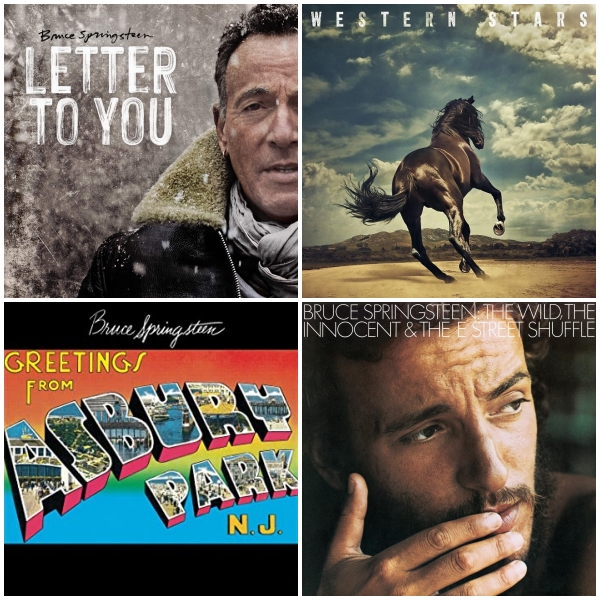 Music today has been another man with lots of social conscience-inspired lyrics. I saw him live once, I think it was at Long Beach Arena. Unfortunately, I saw him with someone who’d seen him in his early Asbury Park days and considered this mega concert to be a sell-out. I ignored her and enjoyed it anyway but it didn’t help. Tonight I thought I’d listen to four of his albums, his first two and his last two. So I listened to Letter To You (2020), Western Stars (2019), Greetings From Asbury Park, N.J. (1973), and The Wild, The Innocent & The E Street Shuffle (1973). Although the first two are pre the breakthrough album Born To Run (1975), before the classic Darkness On The Edge Of Town (1978) and featured an incomplete classic E Street Band lineup with Vini Lopez on drums (and his busy foot) and David Sancious on keys, they are evolving classics. Out of the last two records, I’m liking the later one, Letter To You, much more than the previous one, Western Stars, although they both seemed to be critically acclaimed. I think Springsteen fans like everything about him, I like him when he nails it.