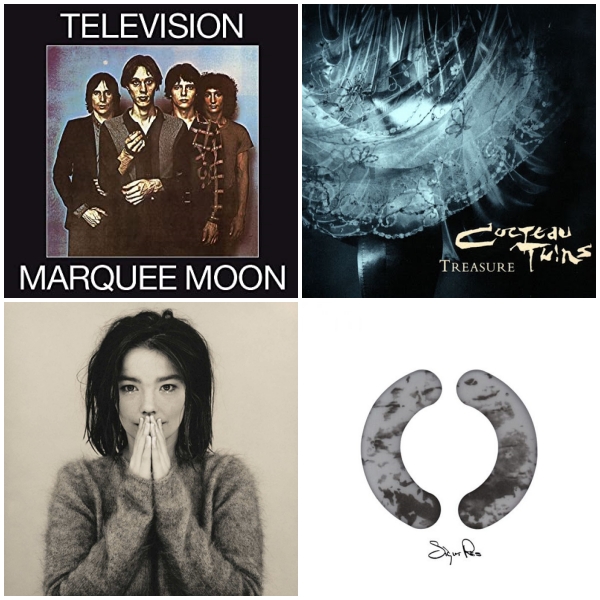 Music today has been seventies, eighties, nineties and noughties, starting with Television’s Marquee Moon (1977) which I haven’t heard for ages. Singer/guitar player Tom Verlaine toured with the ex-band in America and I ended up playing guitar on one of his solo albums, The Wonder (1990), although I didn’t get a credit. Verlaine taught me how to play Friction from Marquee Moon. After that, I played Treasure by Cocteau Twins, one of my favourite albums by them. I remember once listening to it on my walkman strolling down a country lane in Capel Seion near Aberystwyth in Wales where my parents lived in retirement. It was quite a contrast to the rolling green hills of sheep and tractors. After that, it was Björk and Debut (1993), her first solo album after The Sugarcubes split. That voice, those beats and electronic sounds but an album full of catchy tunes too. Last of the day staying Icelandic and like Cocteau Twins in an imagined language for the lyrics, Sigur Rós and ( ). I saw them live once at The Eden Project in Cornwall and they were really amazing.