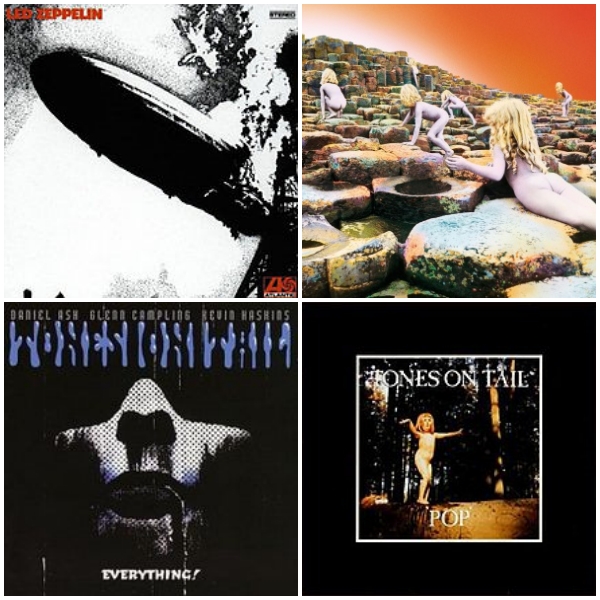 Music today started with Led Zep I (1968) not because I was trying to listen to an album from the sixties but maybe I wanted to hear something in contrast to yesterday’s records which were in fact quite different to each other. Sometimes guitarists want to hear other guitarists but although the songs, the words, the melodies, are important, it’s also about the playing in bands like this and it’s often about the tones and if you listen to Jimmy Page on Led Zep I there’s a lot of great tones in the lead and the rhythm guitars and lots of great ideas on the guitars in general. It wasn’t just about skill (for any of them) although they were thought of as great musicians, they were also creative. This Led me to my favourite Led Zeppelin album and the one that sold the least allegedly, Houses Of The Holy (1973). Lots of great 12-string guitar and wonderful guitar parts and chord sequences and as always with the Zep, great arrangements and dynamics.

After Zep, I had a desire to hear something different again and enjoyed the Tones On Tail compilation Everything. They were a side project of Daniel Ash from Bauhaus, initially with friend Glen Campling and on the demise of Bauhaus, Kevin Haskins joined but after one album and various EPs they broke up. Bauhaus bassist David J soon arrived and they morphed into Love And Rockets. If the compilation is too long you could start with their one album, Pop, released in 1984.