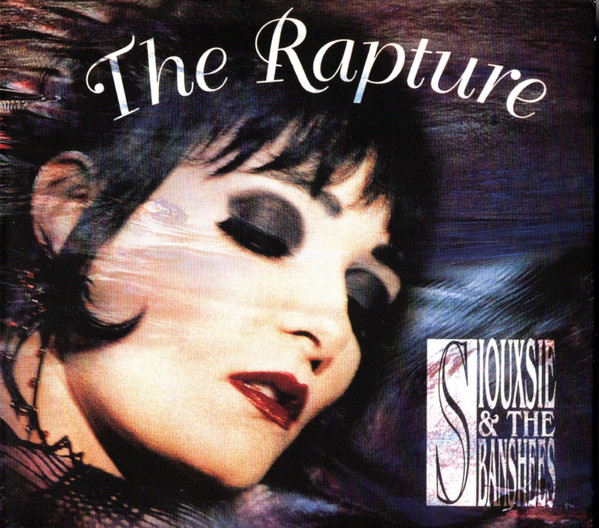 Music today has been the last Siouxsie and the Banshees studio album, their tenth, The Rapture (1995), and starting with that rather lightweight single O Baby. With grunge in full swing, a potential new audience wasn’t looking here for music. This rebellion was 17 years old and if you were 17 in 1995 you were wearing a plaid shirt and mourning the death of Kurt Cobain. Nevermind (1991) was released in the same year as Superstition and although Kiss Them For Me was in the US Top 20, hip interest was waning as the youth moved on to the next generation of heroes. Initially, old lovers stuck with them as they did with my ex-band but not in the same numbers and The Rapture was to be their last studio album.

It seems that the record was recorded in two sessions, produced by the band in France and then in London with John Cale (who by the way will be 80 in March). Interestingly the first two tracks, O Baby and Tearing Apart, are Cale-produced with the album actually taking off on track three, the second single Stargazer, produced by the band. (Duh!) The strings appear here which makes you think that this might be a Cale-produced song because of his viola skills, but it’s not. Still, the problem is that it’s not as good as when they are great. Fall From Grace is mixed by Cale, produced by the band and is followed by Not Forgotten and Sick Child under their control. I like Sick Child but I wish I could hear Siouxsie clearer. I suppose there’s a thin line between dark moody music and bright crispy clear vocals but I want more of her, more of Budgie and more of Severin simultaneously as well as more of the new guys – but in the later years, it seemed they never had the right sonic friend who understood them and what was best for their sound.

The next three tracks, The Lonely One, Falling Down, and Forever are produced by Cale. It seems like the songs on this album don’t captivate, they make promises because of who they are but you get the feeling they could do much better, especially with Forever. The title track and the last two songs, The Double Life and the oddly titled Love Out Me, are more interesting compositions (no outside producer) and The Rapture is just looking for ideas – for 11 minutes. I feel like they would have been better having Ivo Watts-Russell produce their later records, for all the dated aspects of This Mortal Coil albums, there’s also a certain clarity that I miss in the Siouxsie and the Banshees albums although I do like the second half of the title track with its evocative string moods. On The Double Life, the soaring guitar makes the whole thing better and makes me wonder if this band would simply have been a better psychedelic rock band than a hip post-punk, gothic pop band and hearing Love Out Me last makes me wonder who sequenced this record with the best tracks arguably last – for me Love Out Me is the best track on the album. Someone got to them about who they were.

Note that in 1992, Face To Face, written by the band and Danny Elfman, was used to promote the latest Batman film, Batman Returns.

Who should I listen to next?