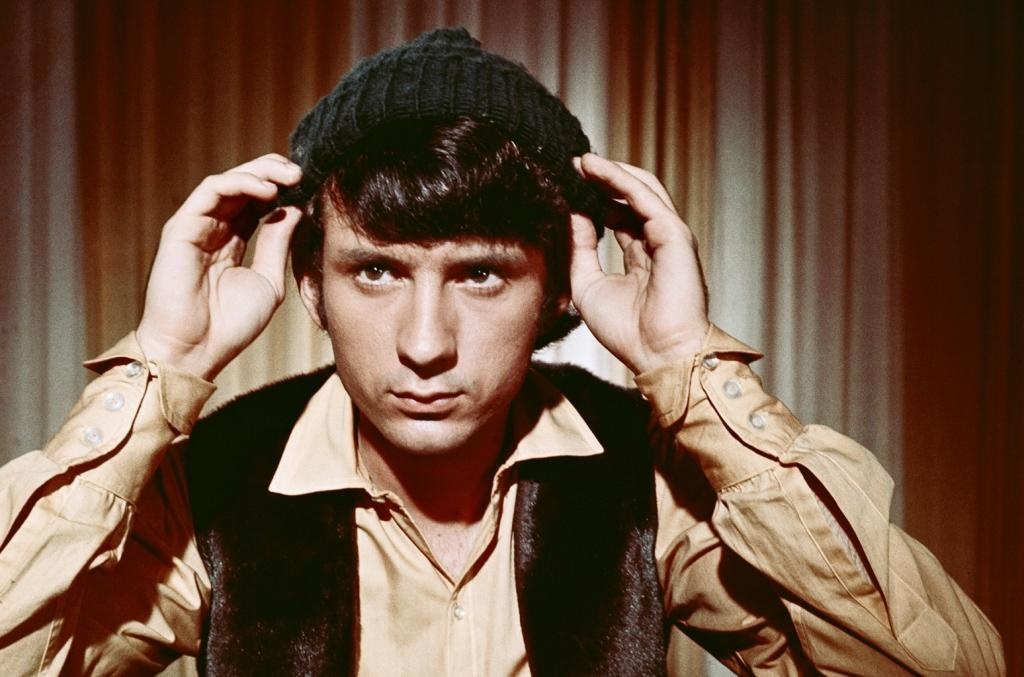 I try not to make my daily writing about every musician I like who dies, because if I did then it’s all it would be about. But today Mike Nesmith from The Monkees died and the first single I ever bought was Alternate Title, a 1967 single. It was written by drummer Micky Dolenz and originally called Randy Scouse Git, a term Dolenz had picked up on British TV from Alf Garnett (played by Warren Mitchell) on the non-PC show TilI Death Us Do Part. The insult that was the title was directed at actor Mike Rawlins (played by Tony Booth, Cherie Booth, Tony Blair’s wife, was Tony Booth’s daughter). It was considered inappropriate for the British audience but the title remained in the US where nobody really understood it. I still have that single which was released, I was 9 when I bought it. I must have heard it on the radio because it was a hit in England reaching No. 2, but it didn’t chart in the USA, perhaps the title was the reason why?

Hits in the US were the pop classics from 1966, Last Train To Clarksville, a US No. 1 written by Tommy Boyce and Bobby Hart, I’m A Believer, a US and UK No. 1 written by Neil Diamond, as was 1967’s A Little Bit Me, A Little Bit You, a US No. 2 and a UK No. 3. Pleasant Valley Sunday written by Gerry Goffin and Carole King was a US No. 3 / UK No. 11, Daydream Believer written by John Stewart a US No. 1 and UK No. 5. In 1968 they had a US No. 3 hit with the lesser-known Valleri also written by Boyce and Hart which hasn’t aged as well as these other songs but over their short life the Monkees albums were full of classic songs – the ex-band recorded a version of Porpoise Song from the soundtrack album Head (1968), another Goffin and King classic.

It’s true, the big American hits weren’t written by them and often weren’t played by them as they were originally a manufactured TV band inspired by and in competition with The Beatles but Nesmith was good, he wrote the B-side of A Little Bit Me, A Little Bit You, The Girl I Knew Somewhere and later Mary Mary and Listen To The Band. Despite the members being auditioned for the roles (Stephen Stills failed the audition) and the idea being a comedy show with a fake group, it was so much more than that. Davy Jones, Peter Tork, Micky Dolenz and Michael Nesmith had the magic. Sadly Peter Tork died in 2019 and Davy Jones died in 2012. David Bowie changed his name from David Jones to avoid confusion with Davy Jones from The Monkees.

Mike Nesmith was a singer-songwriter in his own right. He wrote the No. 13 US hit Different Drum (1968) for Linda Ronstadt’s Stone Poneys and as The Monkees took more control, he wrote and sang more songs for the band. As a solo artist, he had a hit in 1970 with Joanne but I’ll always remember his song Rio and when he made a video for the song he apparently sold the idea to Warner Brothers inventing the music video as we know it today. He preempted country rock before the Eagles with his First National Band, he loved The Flying Burrito Brothers and the Byrds’ Sweetheart Of The Rodeo (1968) but somehow Gram Parsons got legend status and The Eagles got rich. This music lark can be frustrating. He never really shook off being in The Monkees and despite the real love for them, their personalities and the songs, they were not taken seriously by the general public. Off-topic, his mum (Bette Nesmith Graham) invented Liquid Paper and when she died left him her vast fortune, if you remember Repo Man, he was the producer, using the money to invest in the occasional worthy project. RIP Mike, you are missed (whatever happened to the woolly hat?).