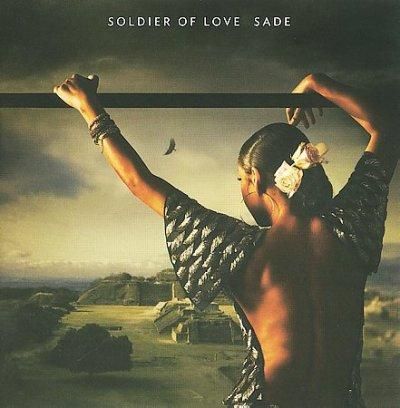 Music today has been by an artist who rarely makes records, does interviews or tours. Sade’s last studio album Soldier Of Love was released in 2010 which makes her a member of the “You want me to make more albums?” club, along with Joni Mitchell, Peter Gabriel, Kate Bush, Tracy Chapman and a whole lot of artists who have decided that all that music-making nonsense was something they did when they were younger. Established, money in the bank, kids, it’s not like they have to prove themselves or keep a profile alive, they’ve already achieved that and any gig they did would have lots of people and the interest in their music endures. Speed isn’t the point. It’s not exactly Emitt Rhodes who waited 43 years to release Rainbow Ends in 2016 and then died four years later or Bill Withers who gave up releasing albums in 1985 (Watching You, Watching Me) after releasing nine studio albums, one live and one best of between 1971 – 1979.

But still, Tracy Chapman’s last album Our Bright Future was released in 2008. Peter Gabriel’s last album was New Blood (2011) which was in fact orchestral re-workings of previous tracks. There is apparently a follow up to Up (2002), the last album of original material. The album is called I/O and has been twenty years in the making whereas Up…only took ten.