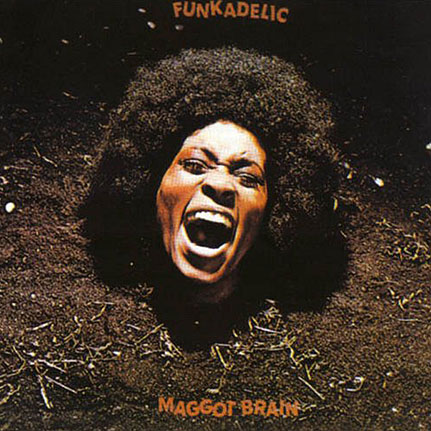 Music today has been Funkadelic’s Maggot Brain (1971), the greatest example of black psychedelia. Bandleader George Clinton tripping on acid told guitarist Eddie Hazel (whose hero was Jimi Hendrix) to play like he’d just been told his mother had died. You should read the Wikipedia page, it’s fascinating. The album sounds like a bunch of dudes tripping off their heads in 1971, which is exactly what it is, but mix it with Clinton’s vision and the skills of the musicians involved and you have a drug-induced classic. The question is how many of the world’s greatest albums were drug-induced? How long have you got?