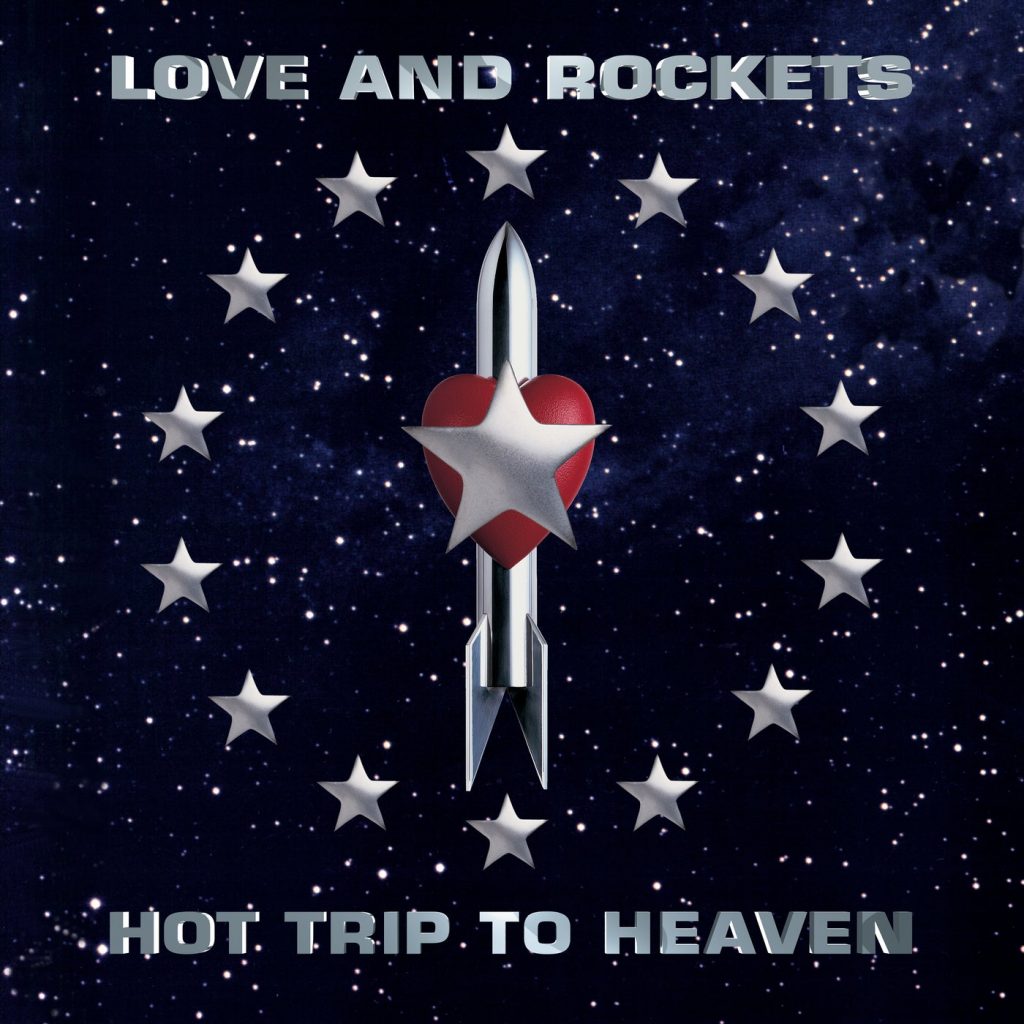 Music today was the fifth Love and Rockets album, Hot Trip To Heaven (1994), which on the opener, Body and Soul Parts 1 & 2, sounded very much like a Steve Hillage album with an opening track 14.17 in length. They really are full of surprises and Wikipedia cites The Orb, Orbital and Leftfield as inspiration for their new direction. The cosmic music continues with Ugly. It’s been five years and they’ve come back with a different tune in their head. They have those dancey beats and sampled Arabic or Indian female voices (and/or Natacha Atlas) and another long track of 7.26, it’s chill-out music. Trip and Glide follows the same path. They found the orgasm sampler on This Heaven. No Worries, another mellow 7.14. The title track, a little noisier but like the whole album machine and sample-heavy.

The problem with this album (if there is one) is that it sounds like an album that you put out in between albums and don’t get me wrong, I kinda like it. Eclipse is a short brooding, macabre instrumental, Voodoo Baby nice and weird, Be The Revolution, another 6.14 track of studio fun that sounds like they might have been listening to Massive Attack except they don’t really have their groove. It all ends with Set Me Free, perhaps more redolent of The Residents than Bauhaus or Love and Rockets. They changed, fair enough and although it’s nowhere near what they started with, a band like this has to make left turns, otherwise they turn sour.