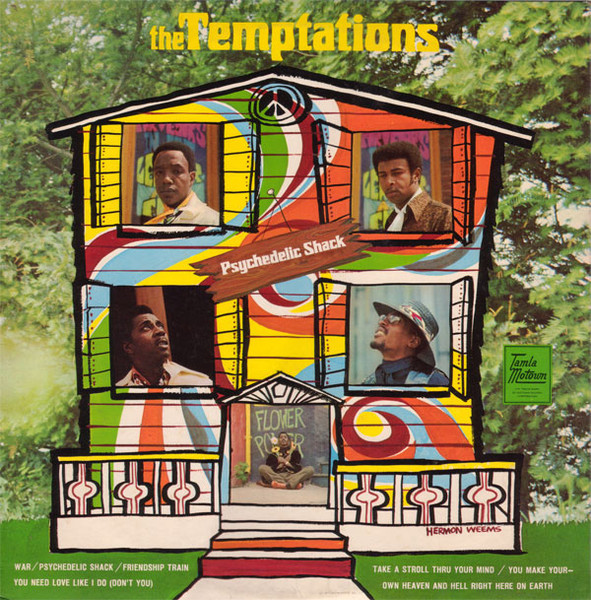 Music today was The Temptations‘ Psychedelic Shack (1970) which included their version of War held back as a single so as not to alienate their audience with the controversy of an anti-war song for Motown’s most successful act. Producer, writer, genius Norman Whitfield made a compromise with Motown and rerecorded the song with another artist, Edwin Starr, his version went to No.1 on the Billboard chart and featured on the album War and Peace (1970). Norman Whitfield wrote or co-wrote 61 UK and 92 US hits.