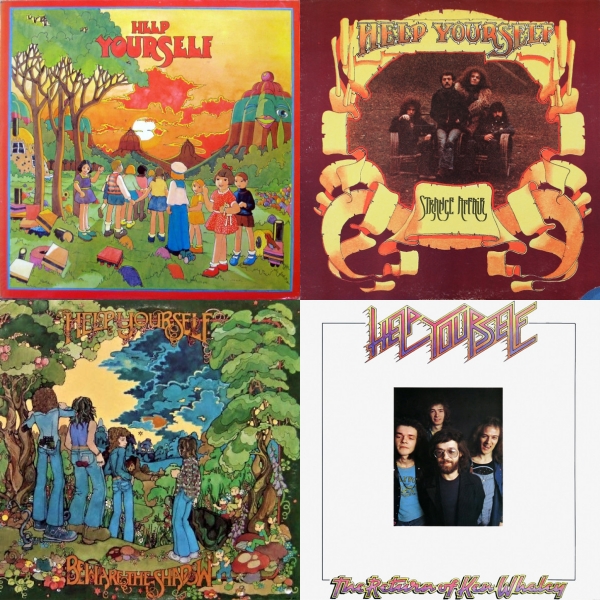 Music today was another band that no one remembers that began with the letter H, Help Yourself. Their self-titled debut was released in 1971 followed by two albums in 1972, Beware The Shadow and Strange Affair. The Return Of Ken Whaley (1973) and Happy Days also in 1973 which I can’t quite figure out if it’s an album or an idea? Their final album 5 lay unfinished until the early 2000s. Various line-up changes might have been responsible for their inability to sell any records but like Heads Hands & Feet, they were influenced by country rock and might have had difficulty in appealing to a British audience (like Bronco who I wrote about some weeks ago). There are many songs that don’t sound like country rock throughout the albums and interestingly the track Old Man from their debut shares the lyrical theme of Neil Young’s Old Man from Harvest and was released a year earlier. The fact is that at times they most certainly had something of a Crosby Stills Nash and Young sound. They didn’t sell any records throughout their career but there are some real gems buried amongst the albums. Check out Brown Lady and instrumental The Electric Fur Trapper from Strange Affair.

Members went on to work with Man and Deke Leonard, with connections to Sean Tyla and Tyla Gang, Ducks Deluxe, Clancy, Bees Make Honey and Rockfield Studios. A much-forgotten area of creative British music in the seventies.