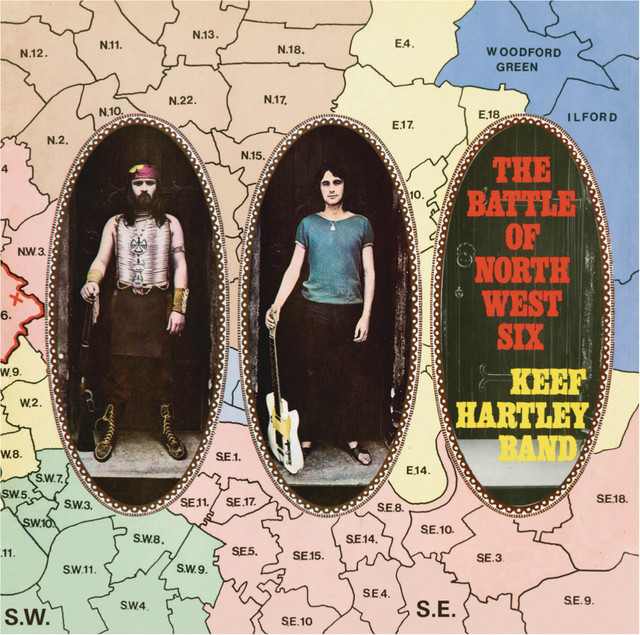 Music today has been the second Keef Hartley Band album The Battle Of North West Six (1969). You may never have wondered who replaced Ringo in Rory Storm And The Hurricanes when he was poached by the Beatles? Well, now you know, it was Keef Hartley. After this, he joined The Artwoods (Ron Wood’s brother’s band) before landing the gig with John Mayall where he built his reputation. Gary Thain plays bass (later with Uriah Heep), Miller Anderson sings and plays guitar. Henry Lowther and Jim Jewell play the brass. A cast of luminaries of the day are also present, including Mick Taylor. It’s blues-rock so don’t do what my mum did: My mum saw an ad for Keef Hartley Big Band (a later incarnation), she was a Glenn Miller freak and big band lover so she and a friend bought tickets and went to the gig in Liverpool. They must have thought there was something wrong when they saw the audience coming in but it was nowhere near the shock they got when the band started playing.