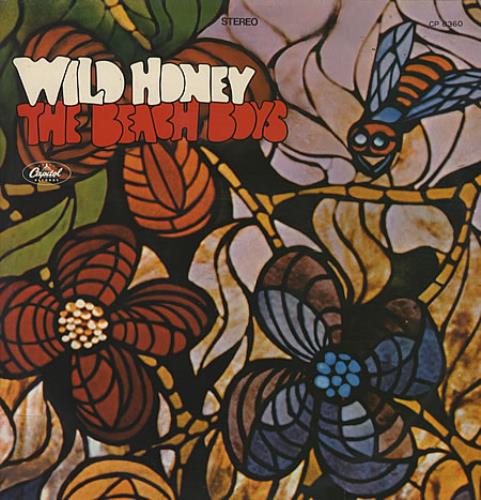 Music today has been one of those great post-Pet Sounds albums, Wild Honey (1967), that few bought in the period when The Beach Boys were neither hip, cool, young enough, cute enough or accessible enough but were still writing great songs with incredible vocal arrangements and groundbreaking production. There were still sporadic hits but the albums weren’t selling at the end of the sixties, Smiley Smile/Friends/20/20/Sunflower (1967-1970). The title track of Wild Honey made it to No. 31 on the US charts and Darlin’ to No. 19 on the UK chart but it’s all about the deep cuts on all these albums. In the UK the album made it to No. 7 and in the US to No. 24, still an achievement in those days with the fierce competition and the changing times for a band who were judged by the new youth on their earlier look, surf songs and massive popularity rather than the genius of their contemporary work.

(A cover of Stevie Wonder‘s I Was Made To Love Her appears on the Wild Honey album.)