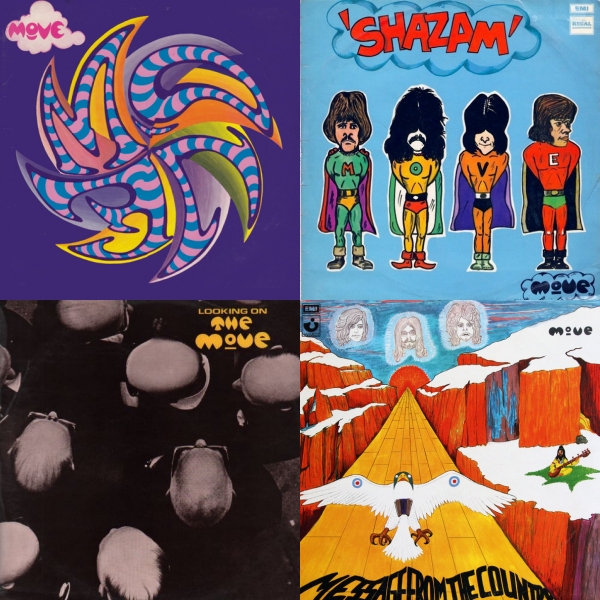 Music today has been The Move’s four albums, Move (1968), Shazam (1970), Looking On (1970) and Message From The Country (1971). It’s an interesting history that went from a slew of Top 20 singles in the sixties, Night Of Fear, I Can Hear The Grass Grow, Flowers In The Rain, Fire Brigade, Blackberry Way, Curly, and Tonight, Chinatown and California Man in the early seventies. They left behind the sixties sound for a harder sound on the seventies albums. Songwriter, singer and original member, Roy Wood, went on to form ELO with later member Jeff Lynne before forming glam band Wizzard. Drummer and original member Bev Bevan went with Jeff Lynne and ELO when The Move broke up. Original member and singer Carl Wayne left after two albums and eventually took over from Allan Clarke in The Hollies when he retired in 2000 but sadly died of cancer in 2004. Bassist Ace Kefford and guitarist Trevor Burton only made it to the first album, Rick Price came in for the middle two and followed Wood to Wizzard.