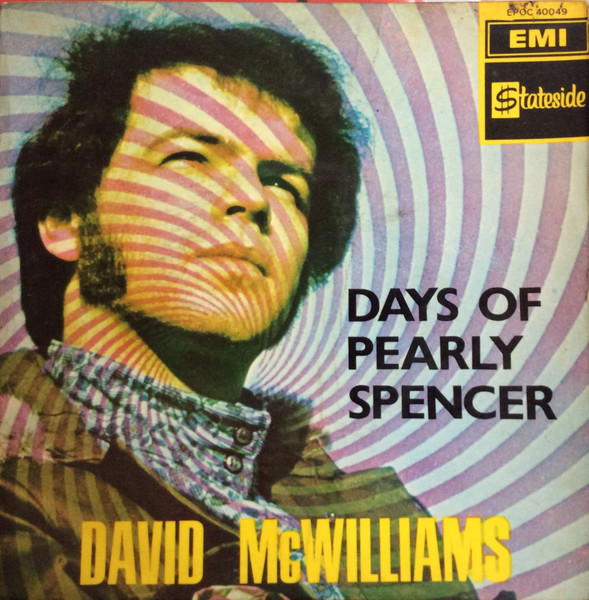 Music today has been much forgotten Northern Irish singer-songwriter David McWilliams who some might remember for his song Days Of Pearly Spencer (1967), covered by Marc Almond in the eighties and reaching No.4 in the UK Charts. McWilliams’s song was ignored by BBC radio because of his manager and the man who started Major Minor Records, Phil Solomon’s investment in the pirate station Radio Caroline. The chorus was recorded from a phone box near the studio to get that effect. The song was No.1 in France, No.2 in Belgium and No.8 in the Netherlands. He died at the age of 56 of a heart attack in 2002.