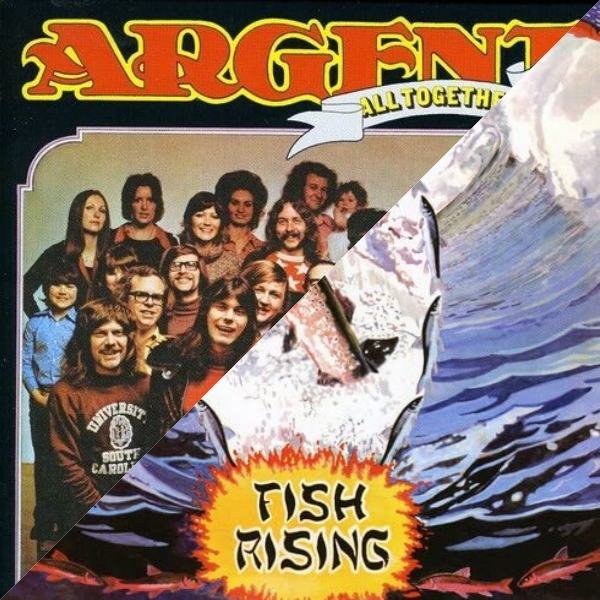 I listened to Argent’s All Together Now (1972) and Steve Hillage – Fish Rising (1975). I listened to bits of other things but these two albums I listened to completely. I don’t know if it was the headphones but I was really appreciating the sound of these seventies records and how amazing the musicians were. Jim Rodford’s bass playing on All Together Now particularly stuck out for me today. The bass is often overlooked whilst making a major difference in the music. Rod Argent’s playing is always amazing, Robert Henrit’s drumming and Russ Ballard’s voice and guitar playing make a real band, whether you like the music or not is another question but it does have Hold Your Head Up to entice you.

Fish Rising led to Steve Hillage leaving Gong and had most of Gong on the record: Mike Howlett on bass, Pierre Moerlen on drums, Tim Blake on keyboards, Didier Malherbe on sax with a little help from Lindsay Cooper on bassoon and the other Dave Stewart on organ and piano. Miquette Giraudy, Hillage’s partner, was on keys and backing vocals. It’s jazzy complex stoned space rock with odd time signatures and again amazing musicians.

So today’s album of the day is both.