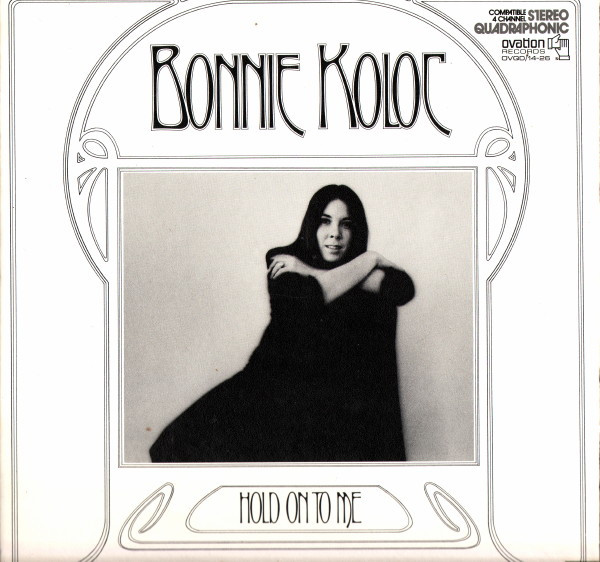 Music today has been one of those incredibly priced records that no one wants, cheaper than a soft drink, you could buy 30 great albums of the sixties and seventies for what we paid for lunch (I bought thirteen), that’s a sandwich and a drink if you’re lucky. Bonnie Koloc seems to be mostly unknown, maybe not in these parts, today’s music is her second album, Hold On To Me (1972). This from Wikipedia:

“Bonnie Koloc (born February 6, 1946) is an American folk music singer-songwriter, actress, and artist. She was considered one of the three main Illinois-based folk singers in the 1970s, along with Steve Goodman and John Prine forming the “trinity of the Chicago folk scene”. Her music continues to be recognised and valued by historians of Chicago folk music as well as by her long-standing fan base in that area. But her voice, which may be considered crystalline in its clarity, is remembered as well.”